You are here: Home / Business / Want A High Performing Team? Embrace This One Kind Of Discomfort

If you want a high performing team, get comfortable with being a bit uncomfortable.

Not so uncomfortable that you're walking on eggshells around people or constantly under high stress. But just enough to mix things up and keep you and your team on your toes.

Studies by both business and psychology researchers show that teams operating with a certain level of discomfort tend to feel a bit less confident and a little less at ease—but that this very unease makes them work harder to create better results.

Aim For A Highly Specific Kind Of Discomfort

As a leader, you need to aim for a very specific kind of discomfort for your team.

It's the kind that comes when you have people on your team who aren't all the same. Meaning your team is diverse, with a blend of gender and ethnicity as well as experience, education, and age.

According to a study by McKinsey & Company, diverse workforces perform better financially:

One Person Can Make The Difference

If your team's not highly diverse right now, take heart. According to a 2008 psychological study, just one person who brings a highly different point of view can make a dramatic difference in your team's performance.

That study looked at active members of sororities and fraternities at universities in America’s Midwest region. Researchers organized participants into four-person groups, with three in each group being old timers from the same sorority or fraternity and the fourth person being a newcomer from either the same or a different sorority or fraternity and who joined the group a bit late, after the first three were settled and comfortable with each other.

Each group had to read a detective’s interviews from a murder investigation and decide who was the probable murder suspect. When the newcomer was from a different sorority or fraternity, groups had a higher probability of figuring out the right suspect.

Having someone different involved in the process made groups feel less confident, so they had to pay more attention and work a bit harder to accomplish their task. In fact, the very presence of a newcomer was enough to put a group on alert that they couldn't settle for business as usual.

So the next time you make a new hire for your team, remember the power of difference. Make a choice that spells success.

Besides reaping performance and financial rewards, you may find your team becomes more animated and interesting because team members have to step up to understand each other and think differently to work together. And that can make going to work a whole lot more enjoyable, too.

Besides being smart about future hiring to increase productive differences on your team, did you know that you can leverage your existing team to play up the “difference” advantages you already have?

One way to do this: make the most of a little known annual cycle that comes around each year from about January 21 through February 20. During this period, everyone is more attuned to what’s quirky, different, and outside the box. You can take advantage of these energies to increase your own acceptance of diversity and difference and visualizing yourself being highly tolerant and even enthusiastic about what is unusual, strange to you, or even pretty out there.

This is one of the cycles I help clients understand and apply effectively during coaching. I also help them analyze their team members to spot key differences—even in teams that seem pretty similar and conforming. Through deep personality analysis, we identify the kinds of productive differences that leaders can tap easily to mix things up and made a real difference to the bottom line.

If you’d like to learn how you can best capitalize on the differences among your team members—or find out about differences among seemingly similar people you don’t even know exist—then contact me or sign up for a free Team Transformation Assessment with me now.

Wishing you success through the power of difference, 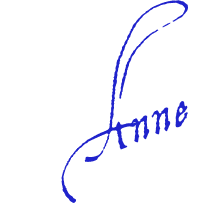 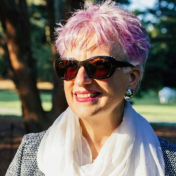